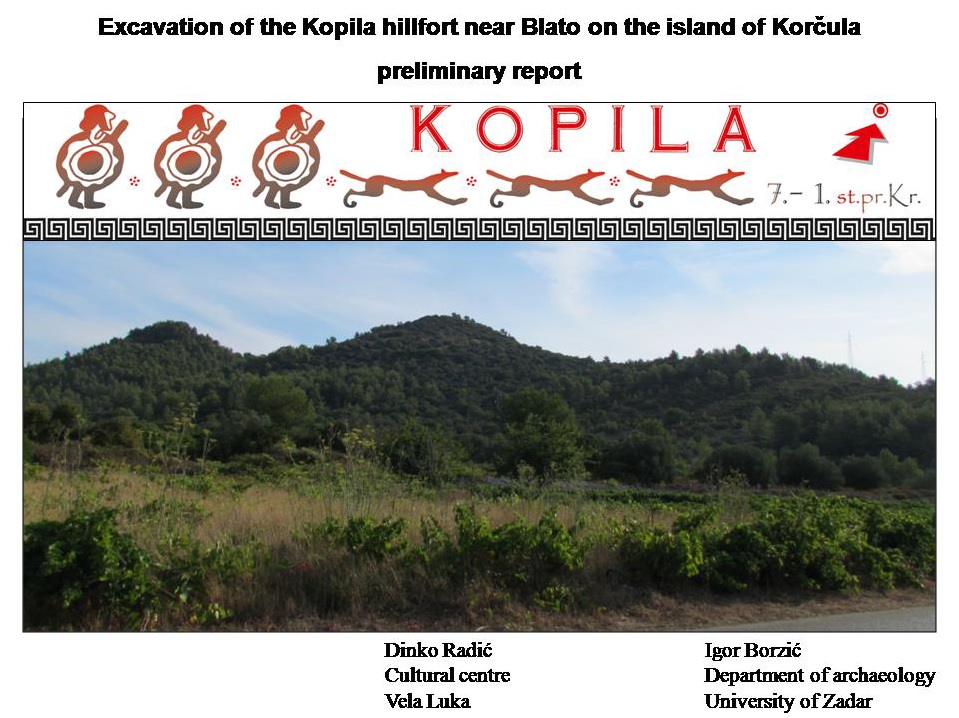 Recent excavations of the Kopila necropolis, ongoing since 2012, revealed six tombs, along with rich remains of material culture of presumably indigenous population of Korčula Island. Kopila was known to amateur excavators during the 19th century, but was not recognized and systematically excavated until the ongoing excavations led by Vela Luka Culture Centre (Dinko Radić) and Department of Archaeology of the University of Zadar (Igor Borzić). During the recent 5 seasons of excavations, 6 tombs in total have been excavated, revealing the architecture of the central inhumation area, encircled with the drystone wall enclosures. Within the tombs, together with the human skeletal remains, remains of various grave goods were found (Hellenistic pottery, metal ornaments, helmet and spear remains, glass and amber beads, etc.), which date the usage of the Kopila necropolis to 4th to 1st century B.C.E.