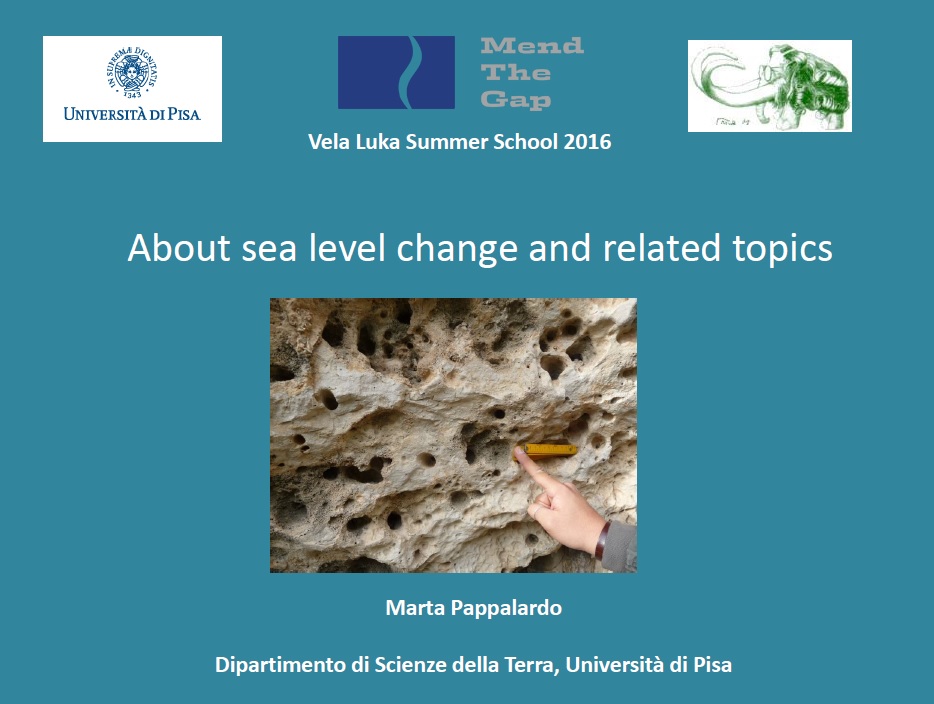 Sea level is a virtual concept. In fact the topography of the world’s oceans surface is continuously fluctuating and even the instantaneous elevation of this surface is different from place to place. We can conceptually differentiate short term from long term sea level changes. The former may be periodical, like tides, and can be measured through days, years and decades. The latter are normally not detected through direct measurement but are revealed using geological methods and their timing is therefore at the geological time scale.

In whatever way we measure sea level we need a reference (e.g. ellipsoid, geoid, average elevation value of a mareographer, ordnance datum of an official national elevation network, or other). Unfortunately scientists within the palaeo sea level research community do not use all the same reference. Sea level change are due to multiple causes. These are called the “components of sea level change” and altogether they are the variables of the “sea level equation”. They are namely 1) the change in the amount of water inside the ocean (eustatic component), 2) the vertical land movements (uplift, subsidence, glacioisostasy), 3) the change in oceans volume (hydroisostasy) 4) and finally the change in water temperature and/or density (steric component). In the long term what can be assessed is the relative sea level change. Sea level change can be assessed using 1) isotopic records; 2) modelling; 3) field evidence. Isotopic records are suitable to assess merely the eustatic component, modelling incorporates also the isostatic signal, whereas field evidence provides the relative effect of all components. Field evidence is produced by the so called “sea level markers”, that are particular landforms, sediments, biological remnants or human artefacts that testify a previous position of sea level, higher or lower than the one currently attained.