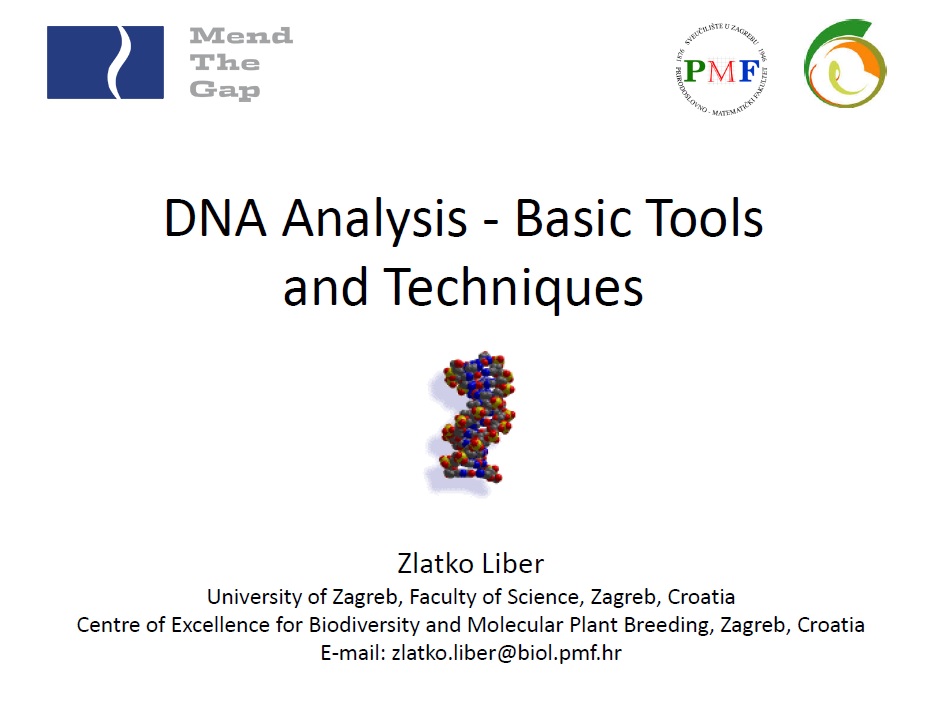 Faculty of Sciences, University of Zagreb

Centre of Excellence for Biodiversity and Molecular Plant Breeding, Zagreb

DNA is a molecule that encodes all instructions used in the growth, development, functioning and reproduction of all living beings. Since it has a fascinating characteristic to translate these instructions from generation to generation, we can say that DNA is the only constancy in the history of life. It is a time traveller. As DNA is sometimes preserved in ancient human, animal, or plant remains, it is very interesting for archaeologists.

DNA keeps its secret in its chemical structure. It looks like a very long spiral ladder in which strong covalent bonds make two sugar-phosphate backbones. In the middle of this molecule, as steps of ladder, there are four bases (carriers of information) connected in pairs with weak hydrogen bonds. This combination of strong and weak bonds makes it possible for DNA to behave as a zipper. It is extremely important for its replication and role in growth, development and reproduction. To illustrate the size of information in every DNA in more than 37 trillion cells in our body, the best way is to translate the base pair number (bp) into text. To write a three-billion-base-pair-long text of the human DNA, consisting of only four letters (A = adenine, T = thymine, C = cytosine and G = guanine), we need at least thirty thousand books of one hundred pages.

When we have such big information, the problem is how to analyse it. We need methods to isolate DNA, amplify DNA and chemistry to determinate base order. Such chemistry is called sequencing and devices for carrying out it sequencers. Then we need powerful computers, good algorithms and computer programs. In the early days of the so-called 1st generation sequencing we could sequence only one DNA fragment of about 1000 bases in a single sequencer’s run. It was very tricky to make comparisons and conclusions between the past and today’s living beings using such a small fragment of information. It took 13 years (1990 – 2003) to sequence the complete human genome for the first time. Nowadays with the technology of 2nd and 3rd generations of sequencers we are able to sequence the whole human genome in two days, in devices of only 87 g and for only 1000 dollars. Today’s biggest challenge is not the price of devices or the chemistry, but development and application of new bioinformatics’ tools that can efficiently process so much data.