Relevance to the Twining call

a) FAZ has strategic plan to develop an archaeogentic laboratory (sustainability point of the CrEAMA) and has strong interest in genetic aspects of domestication of animals and plants;

b) FAZ has interests in the history of agriculture and transition to farming,

d) in the CrEAMA Initiative FAZ is the largest and wealthiest Institution represented by many researchers involved in the project and can provide financial support when required.

The main idea of the project is to establish an innovative approach capable of responding to contemporary challenges such as climate change and adaptation to certain environments within the Sciences of the Past. The essence of our concept is that the MIT disciplinary approach to problems produces innovative answers which are far beyond those obtained within a single discipline. This statement can be illustrated by referring to van der Leeuw et al., (2011) philosophy “Toward an Integrated History to Guide the Future” (for explanation read http://dx.doi.org/10.5751/ES-04341-160402).

As illustrated by van der Leeuw et al., (2011) it is difficult to solve the Rubik’s cube without looking at the patterns (symmetries) on all sides simultaneously and not favouring any particular one at any time. Here, we are promoting integration of the Humanities (Anthropology and Archaeology) and the Natural (Geology, Biology, etc.) history disciplines and in doing so we are going to the extremes and are integrating Genetics/Genomics as technologically one of the most propulsive scientific disciplines. The philosophical concept we use is on the same line as in the Arizona State University School of Human Evolution and Social Change, but of course, we are approaching problems from our perspectives and opportunities.

Respecting the recommendation implemented within smart specialisation of the Horizont2020 call and based on the SWOT analysis for the current status of Sciences of the Past in Croatia (see Table 1), we have strategically focused our interests on topics related to archaeological sites placed on the Eastern Adriatic.

Our reasons are straightforward:

a) the number of sites available is large (see Figure 1),

b) there is large number of artefacts, biofacts and archaeological features that are at our disposal (Figure 2) and

c) some sites available are archaeologically of special interest.

A good example of an important archaeological site is Vela Spila, situated above the town of Vela Luka on the Korčula Island (Figure 3).

Vela Spila has an almost continuous stratigraphy, containing layers spanning from the Late Pleistocene to Holocene, and cultural remains spanning from the Late Upper Palaeolithic (LUP), Mesolithic, Early, Middle and Late Neolithic, Copper age and Bronze age (Radić and Miracle, in press). Although only a small portion of the total sediment infill of the cave has been excavated and analysed to this day, results confirm that this is one of the richest and most promising Eastern Adriatic archaeological sites. The long stratigraphic sequence with numerous human, animal (wild and domestic), and plant remains, documents important environmental and biological changes at Pleistocene-Holocene, as well as cultural changes at Palaeolithic-Mesolithic-Neolithic transition.

Numerous remains of domestic animals (e.g. sheep, goats,…) give precious insight in the spread of herding into Europe, from both perspectives of the introduction of new species as well as the reconstruction of animal husbandry (i.e. small livestock management). Scarce remains of pigs and cattle enable study of the origin of already domesticated specimens and their relation to the local wild taxa in order to tackle the question about possible local domestication. There are a few, out of many, significant finds yielding from Vela Spila important to single out due to their extraordinary nature.

One of the most significant finds are 36 ceramic figurines, representing the first evidence of ceramic figurative art in late Upper Palaeolithic Europe, c. 17,500–15,000 years before present (Farbstein et al., 2012; DOI: 10.1371/journal.pone.0041437). To illustrate the importance of these figurines in a broader context, it is important to mention that there are only two other ceramic figurine bearing European Upper Palaeolithic sites, both of which are situated in Central Europe, with Vela Spila being the single Mediterranean example. In addition, Vela Spila contains directly dated Mesolithic burials of known archaeological context, both juvenile and adult specimens, which provide important insight into the ontogeny and biology of Eastern Adriatic hunter-gatherer populations. Human remains, directly dated to the Mesolithic period, are scantily found across Europe, and Vela Spila Mesolithic specimens represent a rare discovery in Eastern Mediterranean context.

So, our philosophical concept of MIT disciplinary approach is manly linked to questions connected to the Eastern Adriatic. Overall, we made an ambitious goal that would be impossible to reach without strong support of the eminent partners which we have found in University of Cambridge and University of Pisa, both having previous collaborating experience with some researchers of the CrEAMA Initiative. The University of Cambridge, and particularly the McDonald Institute for Archaeological Research (http://www.mcdonald.cam.ac.uk/), is a world-renowned Institution for Archaeological research and can therefore provide outstanding support in this matter. The second partner is University of Pisa, ranked among the best Italian Universities, with research tradition and shared interest for the Past of Adriatic Sea. More precisely, Department of Biology is recognised for a long history of expertise in Biological and Evolutionary Anthropology, including functional studies, human palaeontology and behaviour, anthropological archaeology and human adaptations to the environment, and geoarchaeology, contextualising them in a historical perspective while the Department of Earth Sciences is known for research focused on sea level change, coastal palaeogeography, and relationship between human populations and changes in littoral environments. 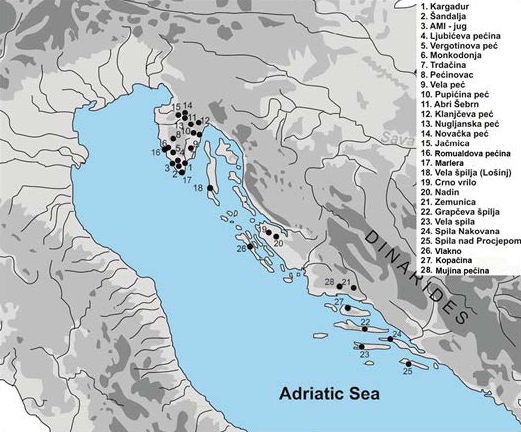 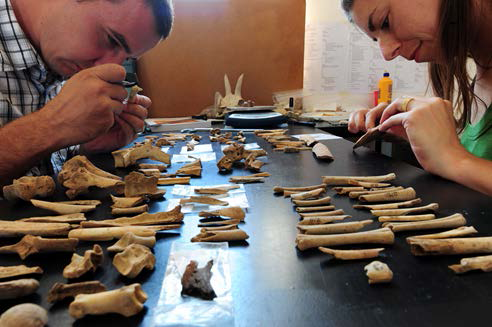 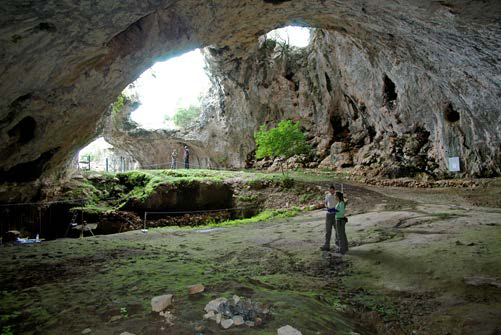