The Basic Course on Archaeological Soil Micromorphology was held at the Department of Geology – Faculty of Science, University of Zagreb from 20th t0 24th February 2107. The theoretical lessons were held in the main lesson room of the Division of Geology and Paleontology, whereas the practical part was held in the microscopy laboratory of the nearby Division of Mineralogy and Petrology. Thanks go to Professors Mladen Juračić and Nenad Tomašić and to Igor Felja for their tireless help in organising the event.

Eleven students from Masters Courses in Earth Sciences and in Humanities (about 50-50%) of the Universities of Zagreb and Zadar participated in the Course. Almost all of them had very limited or no experience at all in soil micromorphology, but the final results of the Course were positive for all, showing that common interests and a solid background in archaeological or geological fieldwork are a good basis to start understanding this discipline. The aim of the course was not to licence independent and proficient soil micromorphologist, but only to let the participants test “hands on” what are the potential uses of the discipline. The results of the final test (20 theoretical and/or practical video-asked multiple choice questions to be answered in 20 minutes) were more than satisfying and showed us that we had achieved our task.

After the welcome of the MendTheGap Project coordinators, the Course entered directly into the hardest part of the programme, i.e. the theoretical aspects of mineralogy and microscope use. Suddenly, the faces of the participants (mostly of those with a background in humanities) turned to a troubled aspect and an icy atmosphere permeated the seminar room, but the remarkable ability of Professor Tomašić to turn his subject into something that everybody could metabolise helped very much in improving the situation.

After some work at the microscope and a few rather theoretical lessons by Giovanni Boschian, the topics of the seminars became more practical and the ice progressively broke; consequently, the students began interacting, also helped by Katarina Gerometta (Juraj Dobrila University of Pula) who positively contributed in reducing the distances. At the end of the course, after having presented thin sections from Croatian and worldwide archaeological sites, we noted that archaeo and geo people had started chatting about their experiences and collaborated in the interpretation of the thin sections.

At the end and after the final test, the participants were awarded a certificate suggesting that 4 ECTS could be attributed to the Course.

Summing up, it has been a really pleasurable experience; thanks to everybody! 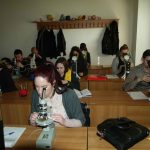 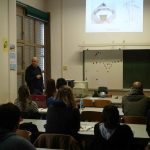 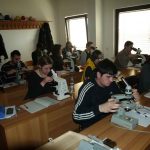 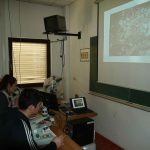 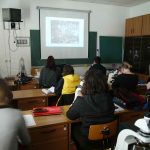 About the Author: Vlatka Čubrić Čurik